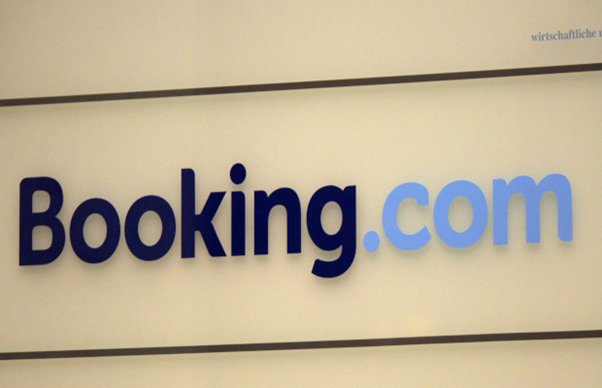 The US Supreme Court has ruled that adding ‘.com’ to otherwise generic terms can create a protectable federal trademark, in a win for Booking.com.

On Tuesday, June 30, the US Supreme Court ruled that Booking.com (a travel booking service company under Booking Holdings) could obtain a trademark for its name. The ruling allowed Booking.com to obtain legal protection nationwide and to fight against competitive trademarks. It may also affect other companies whose names are generic words and whose suffix is ".com".

Earlier, the United States Patent and Trademark Office (USPTO) had rejected Booking.com's trademark application because the name was considered a generic name, even if ".com" was added. However, the US Supreme Court overturned the ruling, arguing that we must consider how consumers think about names like Booking.com. Citing the judge who participated in the ruling, Ginsburg said, "Because Booking.com is no longer a common name for consumers, Booking.com, which consumers are familiar with, refers to a specific company, not a general online hotel reservation service. So it is not a common name."

This ruling on Booking. Com won an overwhelming victory with 8 to 1 judge votes, indicating that the USPTO’s decision to reject the company’s application for the trademark name Booking.com was incorrect, and it also proved that Adding ".com" after the word will make the entire combination eligible for trademark protection. This is also a key victory and may have a ripple effect on businesses across the Internet.

The only dissenting judge, Stephen Breyer, believes that this decision may lead to the emergence of a large number of generic trademarks, which may stifle competition. "Booking.com" refers to an Internet booking service, which is a generic product sold by the respondent and its competitors. No more and no less. Breyer wrote. "By making these terms eligible for trademark protection, I am worried that today's decision will lead to the proliferation of "generic.com" (that is, a combination of generic words +.com name) trademarks, making The owners of such trademarks monopolize a large number of useful and easy-to-remember domain names. "

During arguments, lawyers for the Patent and Trademark Office asserted that the use of generic terms in business names cannot be protected as trademarks, and therefore, even if a generic term has taken on a secondary meaning, it should not be able to be trademarked.

Lawyers for Booking.com argued in their brief that their client needs trademark protection "to prevent competitors from opening storefront Booking.com travel agencies, or from diluting its brand by selling Booking.com-themed travel products in airport shops."

Companies including Cars.com, Dictionary.com, Newspapers.com and Wine.com all said that the outcome of the case will also affect their ability to register their brand names as trademarks.

Booking.com, based in Amsterdam, began using its name globally in 2006, and filed US trademark applications in 2011 and 2012. A US Patent and Trademark Office tribunal rejected those applications in 2016, saying “booking” is a generic term for a category of services and that the addition of “.com” did not transform it into a protected trademark. Lower courts sided with Booking.com, prompting the patent office to appeal to the Supreme Court.

Three amicus briefs filed at the U.S. Supreme Court Monday show a split opinion among intellectual property experts as to whether combining a generic word with ".com” can create a valid trademark. The case involves Booking.com’s attempt to register a trademark for its name.

In May, the first-ever remote oral argument, the U.S. Supreme Court on Monday showed concerns on both sides of the argument about whether “Booking.com” and similar terms are entitled to federal trademark protection.

The justices expressed concern that such trademarks could monopolize the use of generic terms in domain names. But they also questioned whether ".com” marks could rightly be compared to other combinations of generic marks that have been previously held unprotectable.