Beijing IP Court Pronounced Judgment for a "拉菲" Trademark Infringement Case: the Infringer Shall Compensate as much as 2.1 Million RMB! 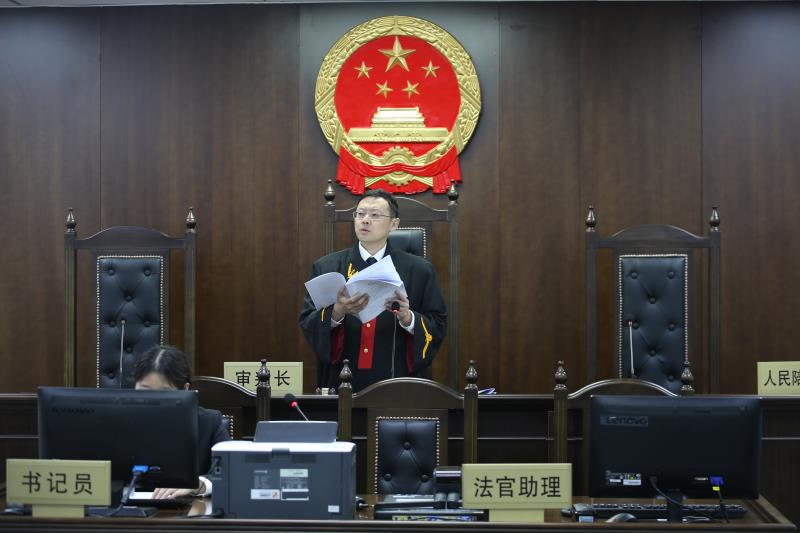 With the development of China's economy and the improvement of national living standards, high-end wines are no longer just for wealthy people, but gradually become a common choice for people in daily life for leisure and entertainment. The world-renowned wine manufacturer, Chateau Lafite Rothschild was founded in 1354, and its “LAFITE/拉菲” wine has been a representative for the world's top-end wines. After entering the Chinese market in the 1990s, it is also widely respected by the Chinese consumers. However, nothing is given without a disadvantage in it, “LAFITE/拉菲” wine has become an “accident prone area” for trademark infringement cases because of its high popularity.

On the morning of April 30, the Beijing Intellectual Property Court publicly pronounced an “LAFITE/拉菲” exclusive trademark right infringement case, and sentenced the infringer to compensate the economic loss of Chateau Lafite Rothschild as much as 2 million Yuan and the reasonable expenses of 0.1 million Yuan.

The plaintiff, Chateau Lafite Rothschild, represented by Unitalen Attorneys at Law, claimed that the trademarks “LAFITE”, “拉菲” and “

” in its name have been widely publicized and promoted in China before the alleged infringement occurred, which reached the standard of a well-known trademark in the actual commerce. The defendant, Fajiala Company used the trademark similar to the above-mentioned trademarks in their “拉菲·莱茵堡红葡萄酒” and other “拉菲” series of wine on the labels. The products should be deemed as infringing goods. Furthermore, Fajiala Company also stated on the label of the alleged infringing goods that it was the general distributor of above-mentioned wines in China. The above acts seriously violated the exclusive trademark right of Chateau Lafite Rothschild. Another defendant, Laofanke Company, as one of the distributors, selling the infringing goods, also violated the plaintiff’s trademark rights. Accordingly, the plaintiff demanded that the two defendants cease the infringement, apologize, and compensate the economic loss of 15 million Yuan.

The defendant, Laofanke Company, argued that the goods involved were purchased from the Fajiala Company for personal consumption purposes, thus they did not have infringement intentions. Laofanke Company also provided evidence proving the source of the infringing goods to the court. The above behavior of Laofanke Company has been imposed administrative penalties from local Industrial and Commercial departments before. Therefore, it should not bear the civil legal responsibilities anymore.

” claimed by the plaintiff did not constitute well-known trademarks. The marks used on the alleged infringing goods and the above-mentioned trademarks claimed by Chateau Lafite Rothschild were not identical or similar, and it would not cause any confusion to the public. Even if it constituted infringement, Fajiala as a distributor, had no intention of infringement. Moreover, the infringing goods were from another party not included in this case, and Fajiala had paid the corresponding consideration, thus they shall not bear any responsibilities.

After trial, Beijing Intellectual Property Court held that the evidence in the case can prove that the Chinese mark “拉菲” and the Latin mark “LAFITE” of Chateau Lafite Rothschild corresponded to each other. They constituted well-known trademarks at least before 2011. The alleged infringing goods sold by Laofanke and Fajiala, and imported under the name of Fajiala, as well the wines of Chateau Lafite Rothschild were in the same Class and the marks constitute similar. Coexistence of these marks would easily cause confusion and misunderstanding, and the above-mentioned acts of the two defendants infringed the plaintiff’s exclusive trademark right.

In terms of liability, the two defendants differed in their duty of reasonable care. Laofanke Company was a small business shop engaged in the sales of daily necessities, not a business operator specializing in alcohol sales. The legal responsibility of Laofanke Company should be in line with its own judgment ability and should not be undertaken excessive duty of care. When purchasing the infringing goods involved in the case from Fajiala, the relevant documents have been examined, and it is not possible to accurately determine whether it is a counterfeit based on the importing goods information listed in the above documents. In the case, the Laofanke Company is subjectively unknown and had no way to know the goods were infringing counterfeits. Given that it has submitted the evidence to prove legal source of the goods to the court, it should not be liable for compensation.

According to Fajiala's self-promotion, it specializes in the import and distribution of wine, so it should bear a high duty of care. When importing wine, it should strictly examine the authenticity of the relevant documents and discern whether it is infringing others’ exclusive trademark right. Especially as a “general distributor”, it should also examine whether there is a source document certified by Chateau Lafite Rothschild or its licensees. In addition, even during the court hearing, Fajiala still promoted the "拉菲" series of wines online, which is enough to prove that the company's sales of infringing goods involved in the case is subjective and malicious; thus, they should bear the corresponding legal responsibilities. Accordingly, apart from requiring Fajiala to stop infringement and apologize, the court also considered the reputation of the trademark involved, the bad faith of Fajiala, the duration of the infringement, the scale of the infringement, the number of infringed goods identified, etc., to sentence Fajiala a compensation of 2.1 million Yuan as the economic loss and reasonable expenses for Chateau Lafite Rothschild, in accordance with the statutory compensation principle.

Unitalen Attorneys of Law has accumulated rich experience in representing “Lafite/拉菲” trademark prosecution cases. In this case, the plaintiff has submitted sufficient evidence to prove the well-known status of the marks and the defendants’ infringing act as well as their bad faith, which laid a solid basis for the court to issue the verdict and determine the compensation.