​ Features of IP trials of the People's Courts in 2021 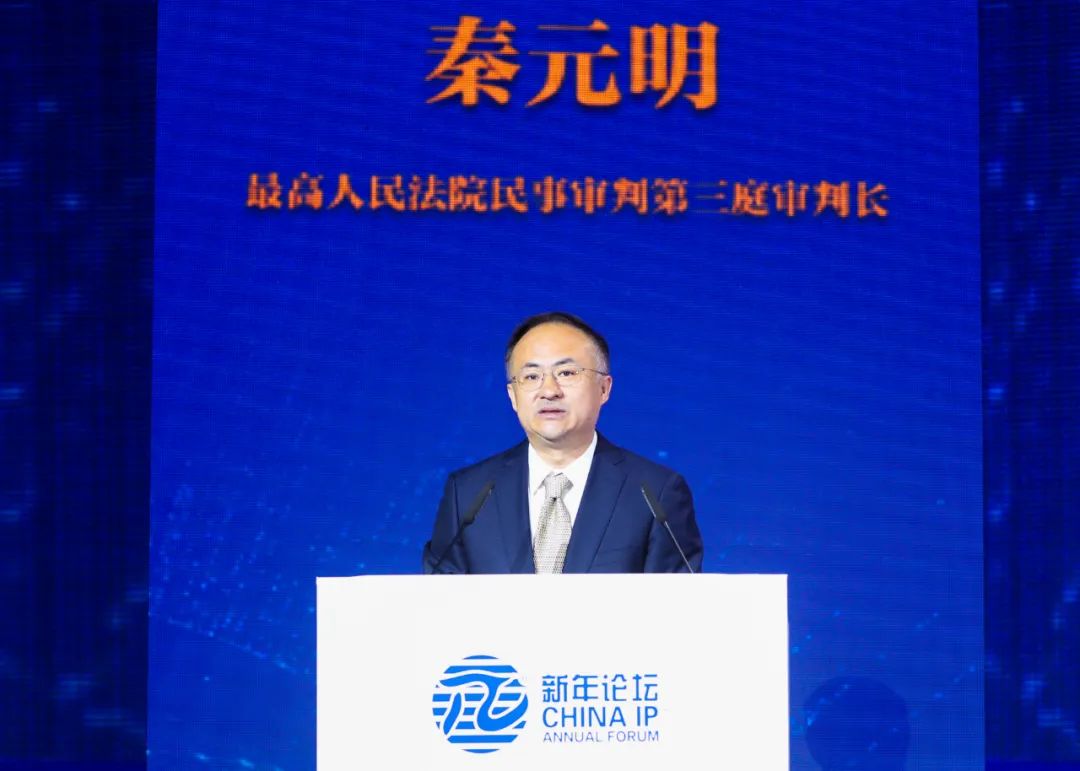 Qin Yuanming, chief Judge of the Third Division of Civil Trial of the Supreme People's Court, highlighted at the 12th CIPIAF the feature of IP trials of the People's Court in 2021 in the following aspects.

Qin firstly pointed out that the people’s courts have been improving the quality and efficiency of case trials. In 2021, the people’s courts accepted up to 642,968 IP-related cases, an annual increase of around 20% year by year since 2013. Among the accepted cases, many are with significant social impact. The people’s courts demonstrated confidence and determination to protect IP rights and maintain fair market competition by taking effective measures to reduce the burden of proof on the right holders and increasing the amount of compensation through applying punitive damages to IP infringement. According to statistics, punitive damages have been applied in 895 cases in 2021 by the people’s courts. Meanwhile, litigation procedures have been simplified to shorten the trial cycle in some small-amount cases to improve efficiency.

Another achievement is the courts’ continuous effort to clarify the judgment standards and improve the judicial protection mechanism. In 2021, the Supreme People's Court issued a series of relevant legal documents to make some regulations and provisions on pharmaceutical patent linkage system, judicial review, case acceptance and jurisdiction, judgment standards, as well as the disputes over new plant varieties. The “Interpretation of the Supreme People's Court's Application of the Anti-unfair competition Law” was also issued in this March to cope with unfair competition acts arising increasingly in the internet area in recent years.

In addition, the people's courts have strengthened communication and cooperation with administrative departments to promote IP protection. A mediation mechanism was well established at all levels between the people’s courts and the administrative departments, with entrusted mediation cases reaching more than 20,000 before litigation. Besides, the Supreme People’s Court has strengthened communication with the China National Intellectual Property Administration（CNIPA） and the National Anti-monopoly Bureau by taking joint efforts to combat infringement and counterfeiting.

Qin also noted that the people's courts have been strengthening the judicial protection of anti-monopoly and anti-unfair competition. Currently, a judicial interpretation on anti-monopoly is being drafted.