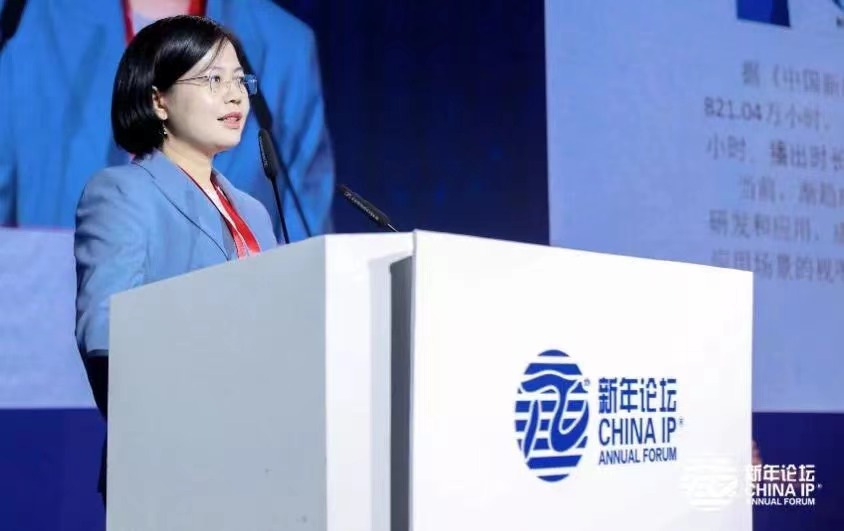 At the 12th CIPIAF, Yang Xingfang, General Manager of IP and Legal Center of New TV ( previous known as ICNTV) delivered a speech on “Copyright Management of Radio and Television Industry in the Digital Economy Era.”

Yang also analyzed the problems facing the copyright management of the radio and television industry in the digital economy era from aspects including originality, sub-authorization as well as promotion and gave her suggestions.

Yang said that with the wide application of digital technologies including 5G intelligent interview, AI-assisted creation and 3D video playback, the radio and television industry is expected to produce more audio-visual programs in line with rich application scenarios. The radio and television industry, faced with the threatening trend of profit decline from its traditional business,  should develop new new business forms to adapt to the digital era.