STATEMENT OF THE CASE AND FACTS

Shenzhen Tencent Computer Systems Co., Ltd. (“Tencent”) was licensed to be the exclusive Chinese publisher of blockbuster video game Dungeon & Fighter (“DNF”), which was known as “地下城与勇士” in China, by its South Korean developer Neople and the exclusive user of the logos and trademarks registered by the developer in China. 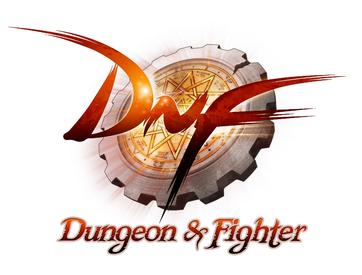 Tencent filed a lawsuit against Kingnet, Lenovo, and Shenqi with the Haidian District People’s Court of Beijing city alleging that the DNL logo was deceptively similar to the DNF logo and used on a similar product and seeking 40 million yuan ($6.3 million) in damages.

The trial court agreed with Tencent’s argument that the two logos were similar and used on similar goods and services such as video games classified under Class 9 and 41. It was ultimately ruled that the notoriety of the DNF brand and the fact that Kingnet had managed to acquire clients and market share by the use of the similar mark constituted infringement and Kingnet must pay 3 million yuan ($470,000) in damages and 110,860 yuan ($17,000) in reasonable expenses to Tencent.

The court dimissed Tencent’s infringement claim against defendents Lenovo and Shenqi, the developers and maintainers of the app store platform through which Kingnet sold Dungeon and Leagues. In the court’s opinion, Lenovo and Shenqi properly performed a duty of care by vetting the permits and certificates of the video game before hosting it and didn’t willingly infringe the DNF trademarks and logos.

Kingnet appealed the case to the Beijing Intellectual Property Court. The appeals court upheld the lower court’s decision and adjusted the amount in reasonable expenses awarded to the plaintiff.

Platform operators have the reporting and due diligence obligations to collect and verify the information on their users and sellers.

Defendants Lenovo and Shenqi signed a contract with Kingnet to market and distribute video game Dungeon and Leagues and gained material profit from its sales. A greater duty of care came with greater potential profit. The court dismissed the claim against defendants Lenovo and Shenqi on the basis that they offered sufficient evidence in support of reasonable care it had exercised and didn’t possess bad-faith intent to infringe the well-known logo.

The “Supreme People’s Court Regulations concerning Some Issues of Applicable Law in Hearing Civil Dispute Cases on Infringement of the Right to Dissemination through Information Networks (《最高人民法院关于审理侵害信息网络传播权民事纠纷案件适用法律若干问题的规定》)”, which was promulgated and took effect in 2013, was applicable in this case.