China's State Council has appointed Gan Lin, currently deputy minister of the State Administration for Market Regulation (SAMR), to head the anti-trust bureau, the human resources ministry said on Monday, as the government steps up a campaign to rein in big corporations. 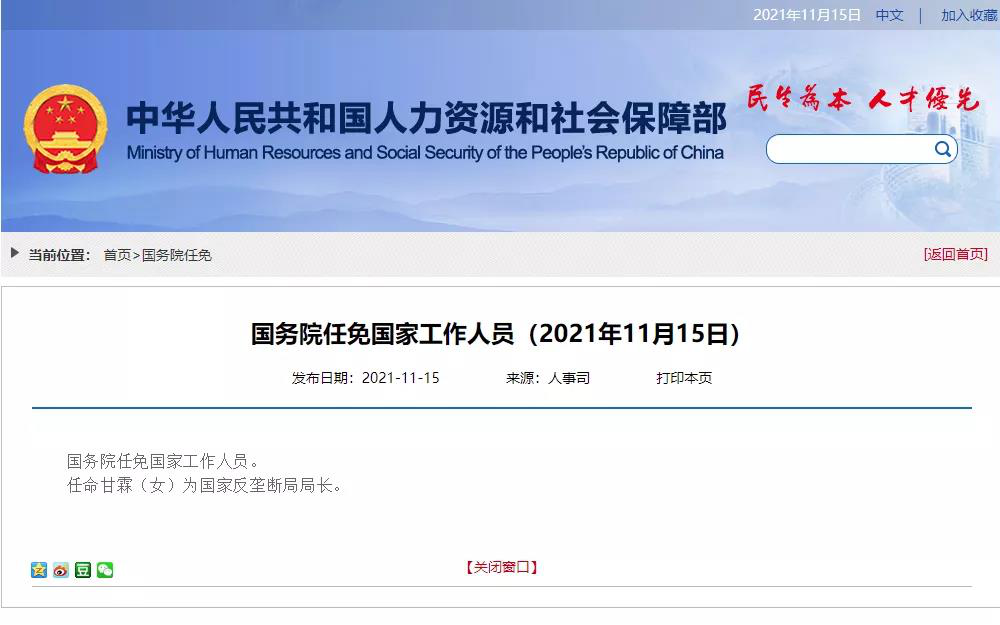 In the November 15 statement announcing her appointment, SAMR’s anti-trust unit was also for the first time referred to as the National Anti-Monopoly Bureau. The change in name and seniority of the official in charge could herald an upgrade in the anti-trust bureau's status. Gan Lin rose to prominence earlier this year for her role in the country’s anti-monopoly campaign.

Gan had also conducted postdoctoral research at the University of Nottingham in the UK and the Potato Research Center (PRC) of the Agriculture and Agri-Food Canada (AAFC) for three years.