Legal regulations on the counterfeiting of social media accounts

The legal nature of social media

Social media accounts include account alias, account avatars, account profiles, or feature introductions. The infringing subject typically counterfeit one or more of the above elements, confusing relevant users to achieve the purpose of Brandjacking, ride on the wave, and even fraud.

According to the author's business practice of digital risk protection, as of March 2021, more than half of the digital risk behaviors of social media counterfeiting are directed at financial institutions. They are mainly concentrated on Weibo, WeChat Official Accounts, Kuaishou, Zhihu, and other social platforms. In addition, typical targets of counterfeiting include state-owned enterprises, central enterprises, large Internet companies, and celebrities, corporate executives or individual employees. Individuals or organizations that carry out counterfeiting behaviors usually have specific illegal purposes, and their ultimate goals are different depending on the target of counterfeiting. 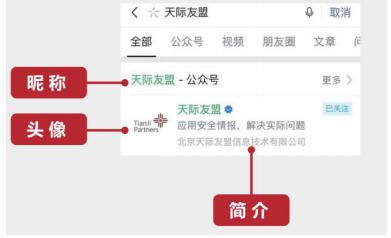 Financial institutions are worst hit by social media counterfeiting. Criminals imitated official accounts of banks, securities, insurance companies, etc., or impersonate internal employees or authorized service agencies to try to gain the trust of users, and then defraud users’ personal information such as bank card accounts, identity accounts, and various passwords, caused users to suffer from economic losses. In addition, some criminals counterfeited official accounts of government, education, medical and health, judicial and other institutions, use official names and logos without authorization, and publish relevant or false information in violation of regulations. Their purpose was to use official influence to promote marketing or disrupt social order. The above behaviors often cause severe damage to the credibility of the government and other institutions.

For enterprises, their social media is mainly used to publicize the company or promote products externally and build a communication bridge with users. On the other hand, criminals use social media accounts of well-known companies to mislead relevant users in order to achieve the purpose of "brandjacking" and "ride on the wave". In addition, some criminals will also use the WeChat Official Accounts of after-sales of well-known companies to defraud users by providing high-priced after-sales service.

In the self-media era, the social media accounts of celebrities, social media influencers, and corporate executives, etc., have become precious intangible assets due to their huge power of communication and influence. Some criminals imitate the accounts of film and television stars, corporate executives, etc., in an attempt to defraud fans or create public relations incidents. These behaviors often seriously damage the personal image of celebrities and may even cause serious economic losses.

Regarding the counterfeiting issues that the emerged social media involved in, the Cyberspace Administration of China has issued relevant regulations. In 2015, the Cyberspace Administration of China issued the "Administrative Regulations on the Account Names of Internet Users" in which Article 8 mentioned that Internet information service providers should cancel their accounts if they "improperly use or register account names for affiliates or celebrities", and report to the competent department of Internet information content. If the registration information such as account picture and profile contains illegal and undesirable information, Internet information service providers shall take measures such as corrections within a time limit of notification, suspension of use, and cancellation of registration, mentioned in Article 7.

The newly revised "Administrative Regulations on the Administration of Internet User Public Account Information Services" in 2021 have made more detailed regulations on issues related to Internet user official account information services. First of all, the regulations clarified the relevant concepts of "Internet users’ public accounts", "public account information service platforms", and "public accounts’ producers and operators". Secondly, this regulation clarified the behavior of counterfeit public accounts. Among them, the first and second paragraphs of Article 18 stipulate that production operators shall "register with their real identity information, or register the public who does match their real identity information, including account alias, avatar, profile, etc."; shall not "maliciously counterfeit, fake, or misappropriating organizations and others' public accounts to produce and publish information content". In addition, the regulation strengthens the verification obligation of the public account information service platform, requiring that personal account users should be authenticated based on their mobile phone numbers, resident ID numbers, or Unified Social Credit Identifier; for party and government agencies, Users of organizations such as enterprises and institutions should conduct legal compliance verification on their public account names, profile pictures, and introduction. For public accounts engaged in the production of information content in the economic, education, medical and health, judicial and other fields, there was a higher level of verification requirements.

In addition to prior inspections, post-event supervision and management are also necessary. Therefore, the public account information service platform shall strengthen the supervision and management of the platform's public account information service activities, and promptly discover and dispose information or behavior that violates laws and regulations. For public accounts that violate the regulations, warnings, restrictions on account functions, suspension of information updates, cessation of advertising, closure of accounts, blacklisting, and prohibition of re-registration shall be taken in accordance with the law.

Other regulatory paths for counterfeiting

For the counterfeit behavior of social media accounts, in addition to seeking administrative supervision intervention, the counterfeited subject can also actively use legal means to defend their rights, and get a suitable legal basis for protecting their rights in response to different counterfeiting actions and their damaging consequences.

Regulation of Trademark Law of the People's Republic of China

In the trademark infringement and unfair competition dispute case between Beijing Baocaisheng Catering Management Co., Ltd. and Beijing Yishang Catering Management Co., Ltd. [2], Bao Caisheng Company was the right holder of the trademark "Bao Shifu", and conducted a lot of publicity and promotion regarding the trademark. The defendant Yishang Company registered a WeChat Official Account named "Bao Shifu Headquarters" and a Sina Weibo account named "Bao Shifu Headquarters". Through its official website, WeChat Official Account, and Sina Weibo, it declared itself as authentic "Bao Shifu" pastry. Through investigation, Beijing Shunyi People's Court found that Yishang Company prominently used the "Bao Shifu" logo on its website, WeChat Official Account, and Sina Weibo, and used it on the identical product, which could easily cause confusion and misunderstanding by the relevant public, and has constitutes trademark infringement upon Bao Caisheng's trademark exclusive right and shall bear civil liabilities including stop the infringement and compensate for losses in accordance with the law.

Most companies would directly use the company name or service, or product name as their official account alias. Therefore, if a company name, service or product name has been successfully registered as a trademark, it would inherently be protected by the "Trademark Law of the People's Republic of China". However, if it has not been registered as a trademark or the registration has failed, and it has been counterfeited by others, then how to regulate counterfeiting?

In addition to the names of well-known products and services, the names of enterprises with certain influence (including abbreviations, enterprise identifiers, etc.) can also be protected by the Anti-Unfair Competition Law of the People's Republic of China. For example, unauthorized use of corporate names (including abbreviations, enterprise identifier, etc.) and social organization names (including abbreviations, etc.) that have a particular influence on the official account name, avatar, and profile also belong to unfair competition behaviour. In addition, the "Civil Code of the People's Republic of China" stipulates that legal persons and unincorporated organizations have the right to name, and no organization or individual may infringe on the name right of others by embezzlement or counterfeiting. Enterprise identifier and abbreviations of names that have a certain social reputation and are used by others to confuse the public can also be protected in the same way. [4]

If a business operator publishes false or misleading information through counterfeit public accounts to damage the right holder's commercial information and product reputation, according to Article 11 of the Anti-Unfair Competition Law of the People's Republic of China, such behavior may be subject to the regulations of the "Anti-Unfair Competition Law". In the aforementioned "Bao Shifu" case[5], the defendant published false articles and created negative public opinion through counterfeit public accounts, which damaged Bao Caisheng's business reputation. Therefore, this behavior was determined to be an act of unfair competition.

The act of imitating a personal social media account may involve infringement of the rights of a citizen's name and portrait. According to the "Civil Code of the People's Republic of China", natural persons have the right to name, and no organization or individual may infringe on the name rights of others by embezzlement, impersonation, etc., including pen names, stage names, and online names, and translated name that have a specific social reputation and are used by others to cause public confusion. [6] At the same time, the "Civil Code" stipulates that natural persons have the right to portrait, and without the consent of the right holder, the portrait of the right holder may not be produced, used, or published. [7] The revised regulations on portrait rights no longer require profit-making for acts that infringe on citizens' portrait rights. 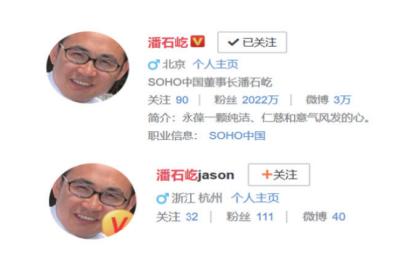 The act of counterfeiting a personal account is generally to use the name of the counterfeited person directly, or add a prefix, suffix, or a well-known nickname to the name, and use the photo of the counterfeit person as the avatar. Therefore, unless the conditions of fair use in Article 1020 of the Civil Code are satisfied, regardless of whether it has a profit-making purpose, the act of imitating a personal account will constitute an infringement of the citizen's right of name and portrait.

Regulation of Criminal Law of the People's Republic of China

Counterfeiting for different purposes may cause further damage consequences, so it is necessary to adopt typed legal means to regulate. According to the author's practical experience and "famous brand", the purpose of counterfeiting social media accounts is usually to gain the trust of relevant users and then implement various frauds. Therefore, the relevant user can report the case to the public security organ and pursue the criminal responsibility of the perpetrator.

Article 266 of the "Criminal Law of the People's Republic of China" stipulates that fraudulent public or private property, with a relatively large amount, constitutes the crime of fraud. It may constitute a crime of telecommunications network fraud through fraud of imitating social media accounts. According to the "Opinions of the Supreme People's Court, the Supreme People's Procuratorate and the Ministry of Public Security on Several Issues concerning the Application of Law in the Handling of Telecommunications Network Fraud and other Criminal Cases", the use of telecommunications network technology to implement fraud, defraud public and private properties, if the amount worth more than 3,000 yuan, 30,000 yuan, and 500,000 yuan, it shall be deemed as "large amount", "large amount" and "extraordinarily huge amount" as stipulated in Article 266 of the Criminal Law of the People’s Republic of China. Therefore, when criminals commit fraud by counterfeit social media accounts, and the amount reaches 3,000 yuan, the counterfeiters can be held criminally responsible for the crime of fraud.

In the era of mobile Internet, counterfeit social media accounts exist commonly. In response to such infringements, the corresponding social media platforms should undertake related governance responsibilities, and the current legal regulations also put forward higher requirements towards them.

However, for the new type of digital risk of counterfeiting social media accounts, there has not yet been a complete legal regulation system to regulate it. Legal means sometimes cannot solve the problem in time. New types of infringement risks naturally need to be dealt with in new approaches. When lawful means are weak, you may wish to use technological approaches to solve the problems caused by technology. Whether it is pre-event monitoring and early warning, evidence retention during the event, and rapid processing after the event, compared with the traditional manual identification and judgment of risks, technical means is undoubtedly more efficient and can more effectively combat the advancement of infringement technology. Prevent digital threats such as counterfeiting social media accounts, and further protect the digital assets of right holders from infringement.